Are you curious about your body's own natural ability to enhance your appearance? Did you know the healing therapy, Platelet Rich Plasma (PRP), that is commonly used in treating injured tissues can also allow for a non-surgical option to aesthetics? You may have heard a lot about the vampire facelift in the news and media. You may have seen pictures of people with a blood red face after getting the procedure done and believe it to be something only accessible to celebrities. The name may also sound strange, but it is actually a natural, non-surgical alternative to going under the knife. The vampire facelift and the vampire facial are often confused with one another but vary in the process of how they are performed. Both of these procedures improve fullness of the face, smooths wrinkles, and brightens the skin tone. If you are curious about how these procedures and they earned their name, it is because it utilizes the process of platelet rich plasma and your own blood to achieve these amazing results. 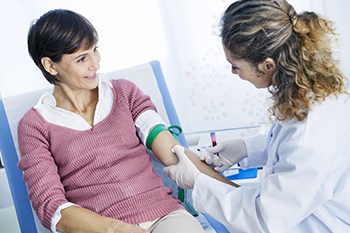 What are PRP Injections?

Platelet Rich Plasma (PRP) is a form of regenerative medicine that utilizes the growth factors, collagen, and proteins found in the platelets in your own blood. It is used to treat a variety of issues such as pain relief, torn ligaments, and injured muscles. The process begins with a simple blood draw. This blood is then put into a centrifuge that concentrates that separates the platelets from the rest of the components in the blood. This new concentration of platelets are then injected into the areas of the body that are in need of healing or aesthetic change. The platelets in the blood are essential in the function of the stimulation of healing by regenerating cells and encouraging the production of collagen.

The vampire facelift involves three steps. First, a hyaluronic acid (HA) is injected into the skin. This results in the skin lifting away from the bone to restore shape and fullness to the face. After the HA injections have created a more youthful shape, our doctors will draw blood to begin the PRP process. After the blood is drawn, the growth factor rich platelets are separated. These growth factors encourage collagen protection, which is an important part of a fuller, wrinkle reduced appearance. After the plasma concentration is separated, it is then injected into numbed areas of the face using a small needle. The platelet rich plasma regenerates cells and tissues in order to heal and replace the aging affected areas.

Even though the vampire facelift and facial are often used interchangeably, there are differences in how the procedure is administered. While the facelift involves fillers, the facial does not. The vampire facelift also incorporates the use of PRP. For this procedure, blood will also be drawn and the platelets will be separated. Unlike the vampire facelift, the facial uses micro-needles to administer the PRP throughout the face. This micro-needling technique allows thousands of microscopic pathways for the PRP to penetrate throughout the face. This option is best for those that have generally decent skin that isn’t severely damages and are just looking for an overall improvement in texture and rejuvenation.