It has been more than 20 years since Ms. Lynn Bertrand was diagnosed with ALS, or Lou Gehrig’s disease. It’s the same type of condition the famed physicist Stephen Hawking suffered. Lynn had been bedridden much of the past 20 years barely able to walk more than a few feet. Her airway collapsed from her own body weight when she laid down and she had to sleep in upright position. Someone also had to watch her eat so she didn’t choke on food, and she had no use of her left arm. Her body was also in constant pain and she also had floaters in her vision. At one point, she was sent to hospice and her family was told to prepare for the worst. She was told her only hope was stem cell therapy and she and her husband weighed going to Mexico for a treatment, however, they were quoted a large amount of money that they simply could not afford. But Lynn is a fighter and she never gave up the hope of someday, something can help her. This hope and the loving care of her husband and sons kept her going.

When she was wheeled into the clinic almost 2 years ago, I told them that we did not have any experience treating ALS and that I wasn’t even sure if this would help her or not. But certainly, if she were my mother, I would want her to try it. They had nothing else to try, they told me, yes they wanted to try it. 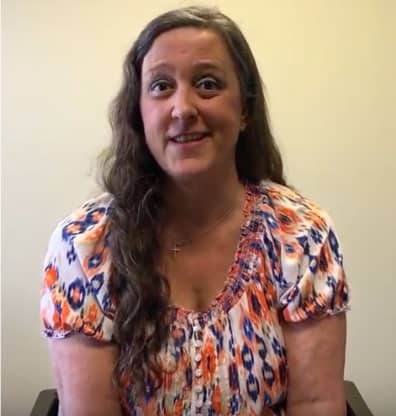 Two days later, I was out of the office when a stunned staff member called me. “You are not going to believe it Dr. An. Ms. Lynn walked into the office with a walker.” I rushed to the office and Lynn told me, immediately after the treatment, she felt a pleasant tingling sensation in her head. And by the time she got her car, the floaters in the vision were gone. She’s gotten a few more treatments since the first and the last treatment was more than 7 months ago but she continues to improve. She’s regained much of the function in her left arm. She has ditched the wheelchair and now mostly walks with a walker and sometimes, she “upgrades” it to a cane. Her 23 year old son had never seen his mother walking until now. She can sleep, eat without much trouble. She feels like her whole body is reversing, her hair started to grow out, and skin feels different. And the most exciting recent news is that she started practicing driving again and she aims to get her driver’s license back. In her friend’s word, Lynn cannot contain herself from the freedom of body riddled with pain and disability.

Lynn is now the biggest advocate of umbilical cord stem cell therapy. She frequently talks to patients who are considering treatment. She serves as an inspiration for me to continue to do what I do. Too many peopler suffering without knowing that there are other options for their health problem. Drugs, steroid, and surgery provide only a temporarily relief and often have deadly consequences. Opioid addition kills 1000 people a week in this country!

Try something different, try chiropractic, PRP, amniotic tissue, umbilical stem cell. Until you do, I continue to spread the message of natural health care because there could be another Lynn whose life can be changed.

Until next time,
Dr. An